From your start, jump near the right wall, and fall all the way to the bottom curve using the "fall on curve" technique from 30-1. Once you fall on the curve, jump over the floorguard to get the gold stash, then jump over the floorchaser and wallclimb up past the thwumps. Jump to the bounceblock, then jump up, using the momentum to climb to the next switch. Fall on the curve, then jump up from the curve and walljump to the second switch wall. Jump to the terminal. If you want, you can get the gold below the rocket launcher, but it's not completely necessary for survival. Don't try to get the gold on the top, it's nearly impossible, and you don't need it unless you're going for a highscore. Just head to the exit. 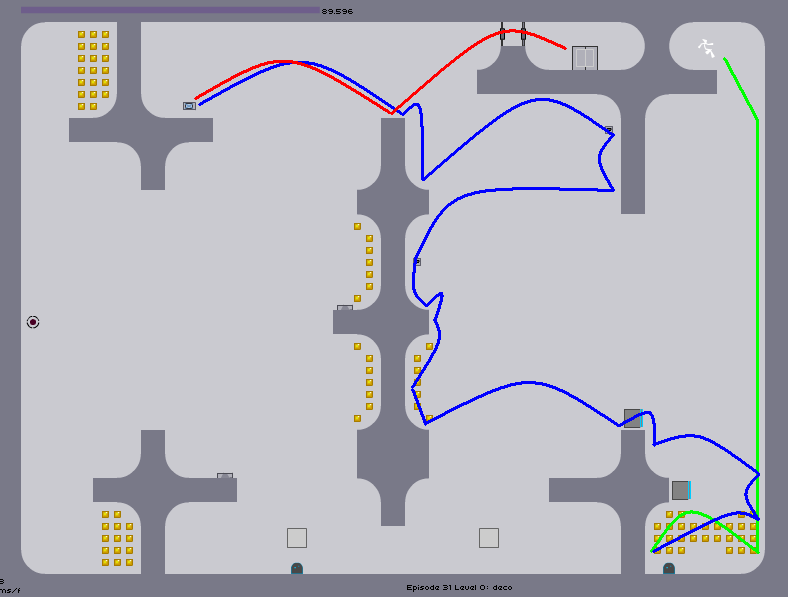 Retrieved from "https://n.fandom.com/wiki/31-0?oldid=8136"
Community content is available under CC-BY-SA unless otherwise noted.