This level looks fairly reminiscent of 38-2, assembly line. Here is how to reach each switch, in order from bottom to top:

From here, you can just drop down and finish the level. However, if you are greedy, there are two more rows of gold, one on top and one on bottom. Neither is very difficult to get. 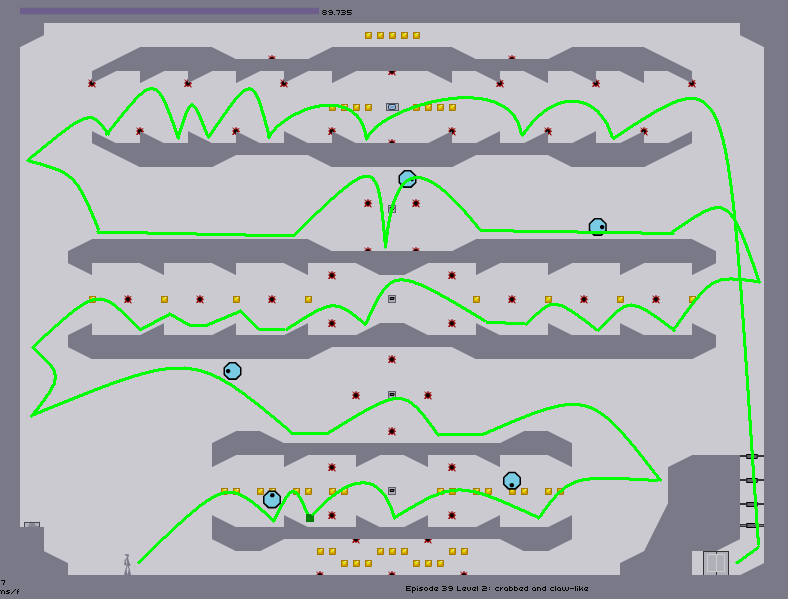 The path in the image is red, then green, then blue. Run right into the narrow area with lots of gold and a few mines. Collect all the gold (it's not as hard as you might first perceive), then go into the bottom claw. Once you avoid the drone, the rest should be quite easy. See the image if you need to.

Next, do a Launchpad high jump to the top area, and collect the gold. Enter the second claw from the right side. If you followed, this claw should be empty. It's still the hardest claw though, so be careful. Land on each of the mine-less slopes on the bottom, jumping completely over the slopes with mines. Getting out is slightly easier. Each of the top mines on the roof has a slope directly below it. Jump off this, careful not to jump any harder than a tap.

Go into the area below, with 4 mines and a door switch. Do what is shown in the image for the safest way. Despite the drones, you should enter the middle claw now, for it will be a bitch to do later. Jump over the zap drone, and it should not be too hard. The jump to the door switch is tricky though, so be careful. Use the slope, and barely tap the jump button. The way out is easy, but a zap drone should be just entering about now. Jump over it (and the mine), and to the final switch. Jump over the bottom and right mines, into the exit area and say bye-bye to this level. 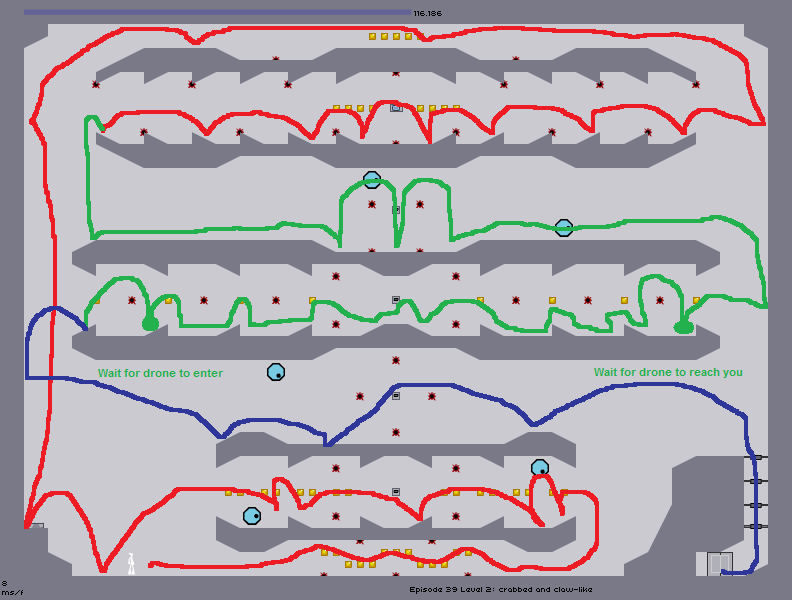 Retrieved from "https://n.fandom.com/wiki/39-2?oldid=11622"
Community content is available under CC-BY-SA unless otherwise noted.