This level is rather deceptively difficult at first. How could 2 laser drones at a time pose a problem? They won't- but more often you'll be cramped, whilst up to 4 could be attacking you at once, if the laser drones are in the right place. Start by moving to the left and dropping down. Drop down again. Watch the angles! Make sure you only advance when it's safe, or the lasers will slaughter you. They do different stuff each round, so be prepared for anything! As you move, try to avoid getting trapped by lasers in small spaces. Once you reach the terminal, activate it, then drop down and go back through. Be careful, those angles are deceiving! Make your way to the exit, then escape this madness. 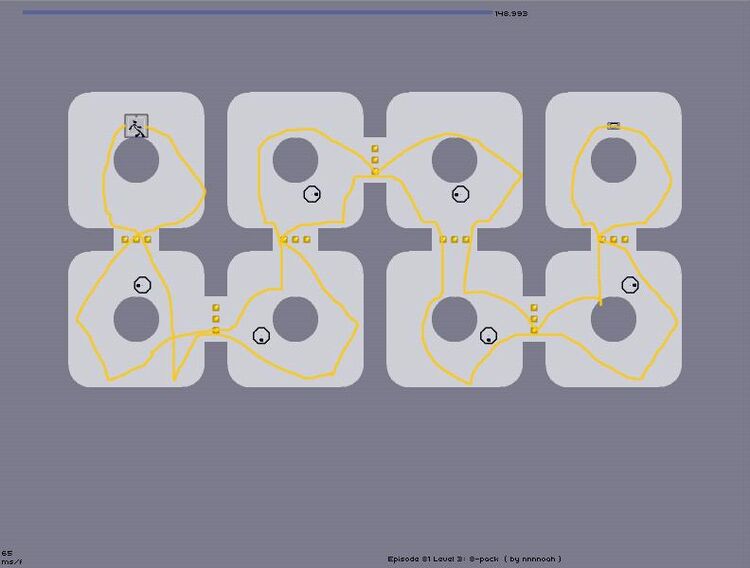 Retrieved from "https://n.fandom.com/wiki/81-3?oldid=14722"
Community content is available under CC-BY-SA unless otherwise noted.